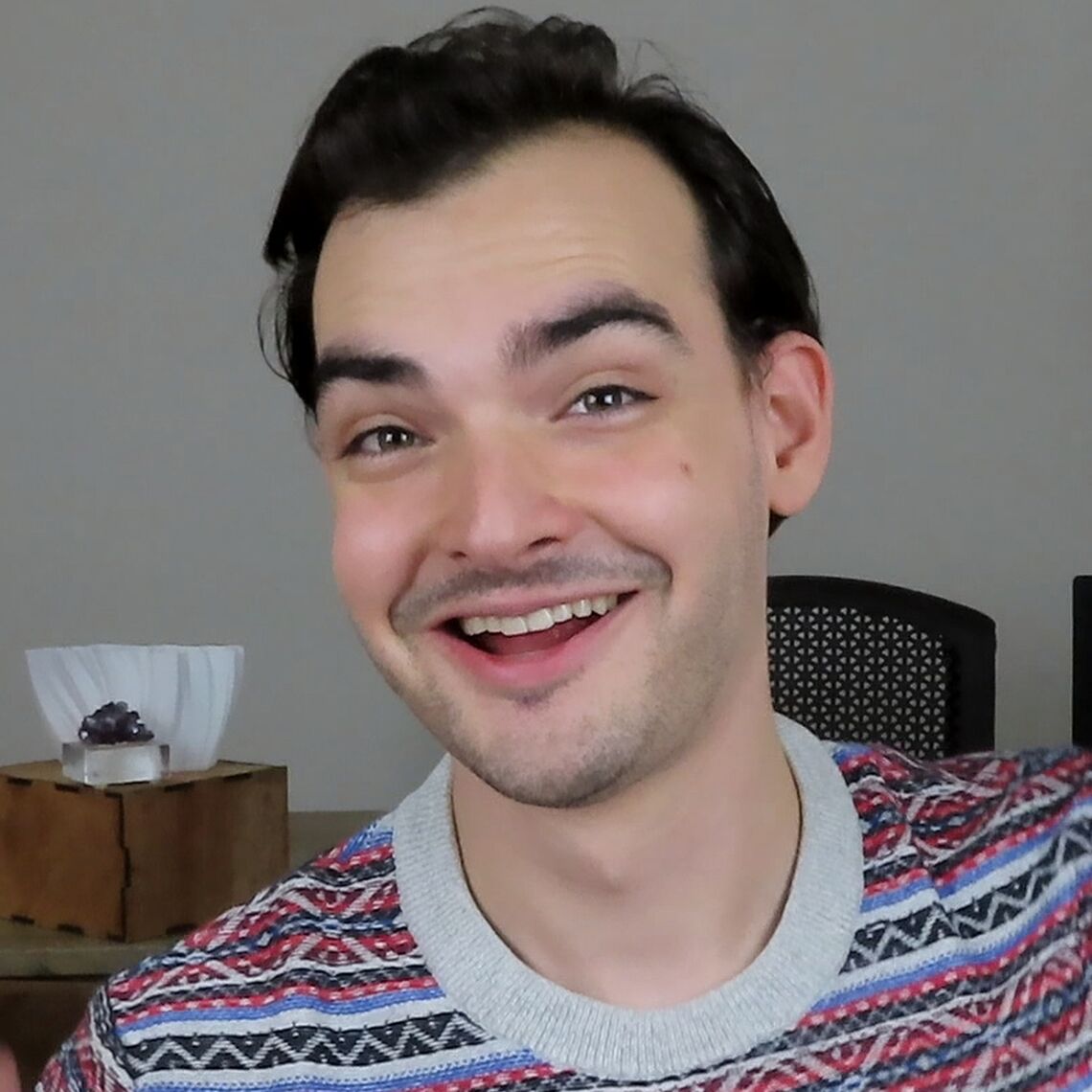 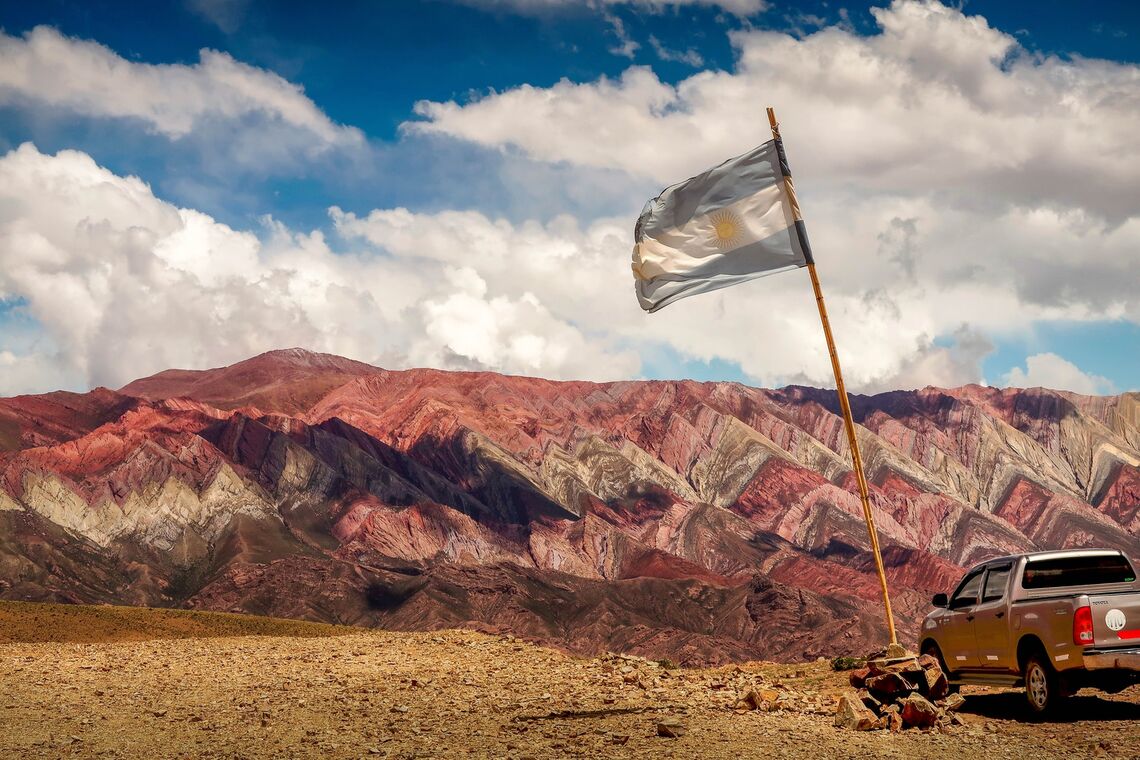 You may have noticed that Spanish can have many variations, and in fact there’s different types of Spanish spoken all over. One thing that can be different across regions is the many ways you can say “you”. There’s the formal usted, the informal tú and vosotros, and today we’re talking about yet another form of you, the vos also known as voseo.

Don’t worry though, the voseo conjugation is very similar to the tuteo so you’ll grasp it in no time.

El voseo is the use of vos to address the second person singular (you) informally. It serves the same function as tú.

The voseo is said to have developed even back in roman times as a formal way to address people. Over time, as usted became more popular for formal Spanish, the voseo entered more day-to-day informal usage and became slang.

Since vos wasn’t officially recognized, it never really got standardized. This is why the voseo conjugation and usage can vary across regions. But do not worry! We break it down below so you can start using it right away.

To get you familiar with how to conjugate vos and how voseo is used, here are a few examples against the tuteo:

You may notice that the examples don’t change that much between the voseo and tuteo. In the first and third example, the voseo conjugation involved adding an accent to hablas and escucha, respectively. In the second example, contigo (with you) was just changed to the equivalent of voseo, con vos.

These will probably be the most common ways you’ll see the voseo conjugation play out, but below we dive deeper into them to really understand how the voseo is conjugated.

What is the difference between Vos and Vosostros?

Vosotros is the third person plural informal (similar to y’all) while vos is the second person singular informal (you).

Vosotros is used commonly in Spain, but it is not that common outside of Spain. Similarly, vos is popular in Latin America but it’s not seen in most of Spain.

What is the difference between Tú and Vos?

The only difference between the vos and tú is the countries where each is more common. In addition, places that use the vos (like parts of Guatemala) also may use the tú when it comes to intimate relationships.

What countries use Voseo? 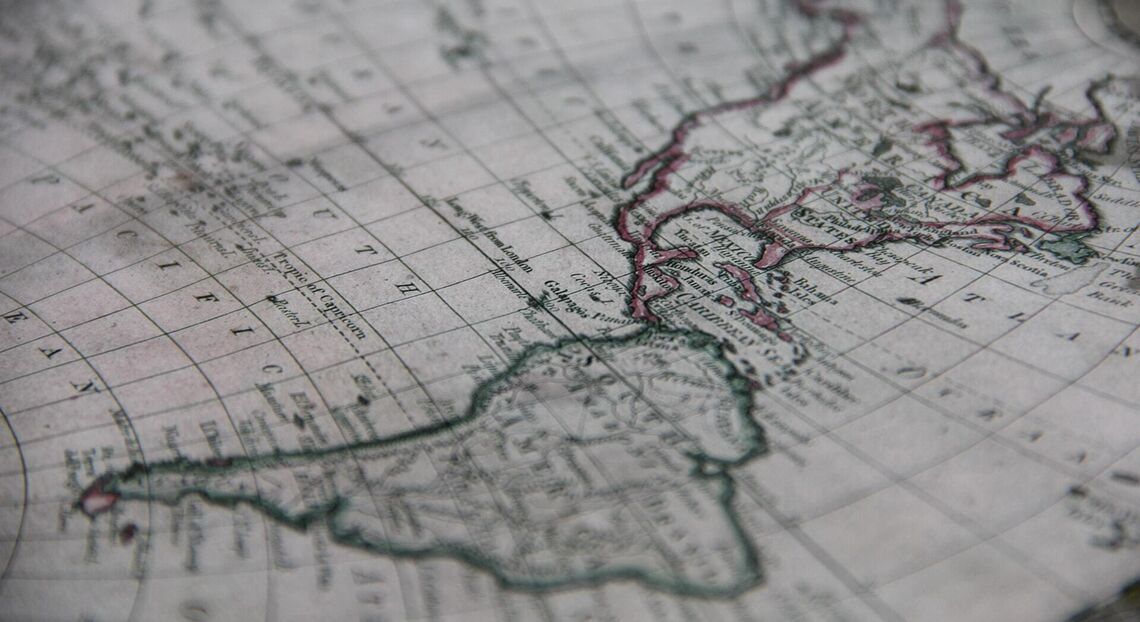 The countries that use voseo are:

You may also hear the voseo in Costa Rica, Nicaragua, and parts of Bolivia. Other small regions, like some states of Venezuela and Colombia may have voseo but it’s not nearly as common.

Where it is common expect to use it instead of tú. In fact, it may be considered rude or strange to use the tú in these countries and regions. As a safe bet, use vos and the voseo conjugation in the countries listed above, but tú in other countries and the countries that sometimes use vos.

Since they use the tú also, it’s better to assume vos is an exception there rather than the rule.

One thing to note, is that in Chile the voseo can be used as a way to insult someone. Among friends it may be common to use it, but be careful when you use it with strangers. We have written a whole section around Chilean voseo below to explain it in detail.

The number one thing to remember is that the voseo is used in place of tú. If you’re already familiar with the conjugation for tú, the voseo conjugation will become very easy for you.

Pronouns with the Voseo

Vos, like tú, is used after prepositions. So whenever you see the ti pronoun, you can just as well substitute it with vos.

Reflexive and possessive pronouns remain the same as in the tuteo.

Voseo Conjugation in the Present Tense

The voseo is most popular in the present tense, so this is the voseo conjugation you will encounter most often.

Verbs ending in -ar, the verb ending becomes -ás. The difference between this voseo conjugation and the tuteo is that the last syllable is stressed.

In regards to irregular verbs, the voseo conjugation can start looking more unusual. The verb ser (to be) becomes sos. However, haber (to have) and ir (to go) keep the tuteo conjugation, so they are has and vas.

Examples of the voseo conjugation in the present tense:

The voseo conjugation with affirmative commands looks almost exactly the same as the conjugation in the present tense. The verb endings are the same but the final s is dropped: -ás is -á, -és is -é, and -ís becomes -í.

Examples of the voseo conjugation with affirmative commands:

Voseo Conjugation in the Present Subjunctive

The voseo conjugation with the present subjunctive is the same as the tuteo conjugation in Rioplatense Spanish (Argentina, Paraguay, and Uruguay). There, you just need to substitute the tú with vos.

Other regions may have some different voseo conjugations for the present subjunctive that aren’t considered correct. These typically take the subjunctive conjugation in the tuteo and add an accent to the last syllable.

Stem changing verbs like dormir will alter a bit more. There, you look at the affected vowels and remove the strong ones (a, e, and o) and add an accent to the final syllable. Dormir in tuteo present subjunctive would be duermas. Following the rules above, the e would be dropped and an accent is added to the a to get durmás. Espero que duermas bien becomes Espero que durmás bien.

When it comes to the voseo, Chile is a whole different game. You can use two types of voseo in Chilean Spanish.

In addition, Chilean Spanish drops the s in the voseo conjugation often. So “Vos venís” is “Vo vení”.

The voseo in Chile is not used for affirmative commands.

All future tense endings are substituted with -í

This one can be a bit tricky. Use the subjunctive of the verb in the tuteo, change -ar verbs to end in -ís and -er/-ir verbs to -ái.

In this case, the verb comer becomes comái.

When there’s a stem change, do a half stem change when it’s an -ir verb. Otherwise, eliminate it completely.

If you are looking to learn more about Chilean Spanish, consider taking an online lesson with some of our Spanish schools in Chile.

The voseo and its verb conjugations may seem challenging at first, but learning the simple rules outlined above will make it a breeze for you. While it’s not needed to communicate, it will go a long way in making natives feel that you really know their way of speaking Spanish. 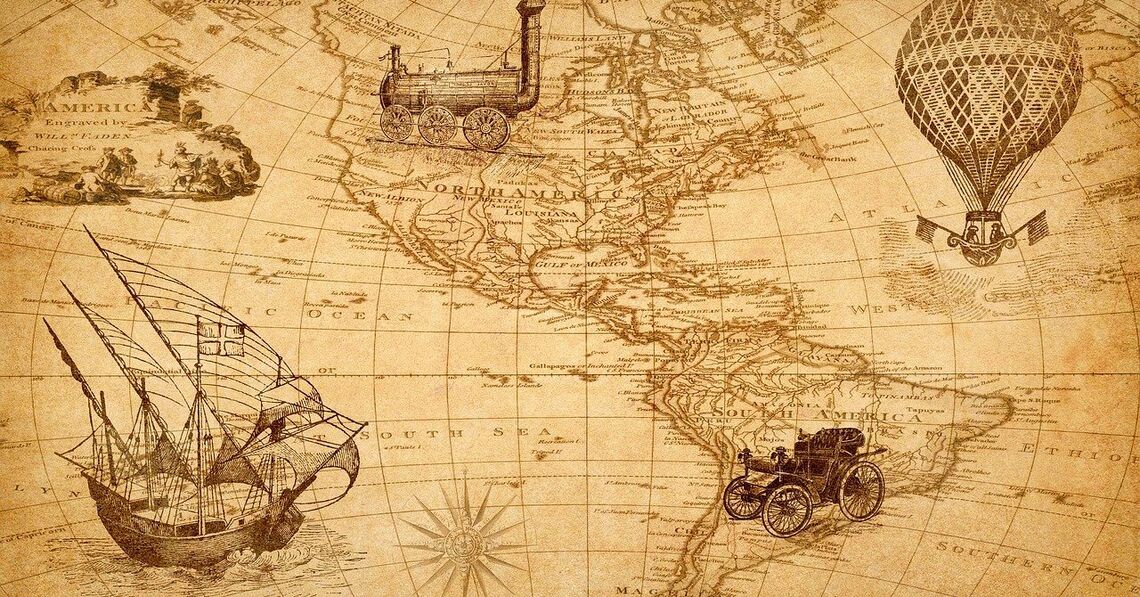 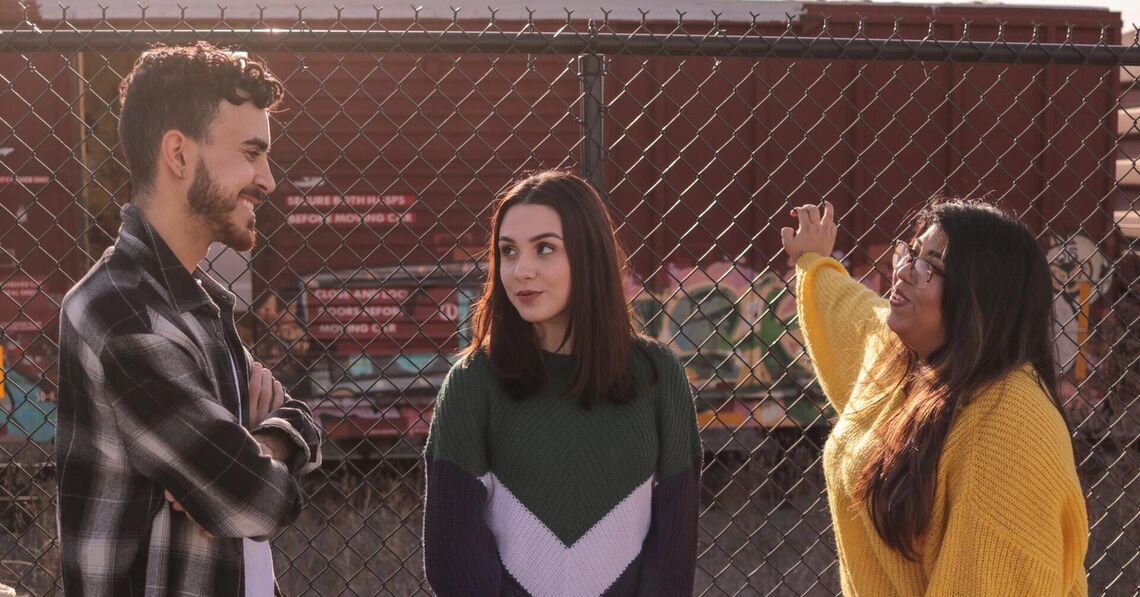 How Many Americans Speak a Second Language 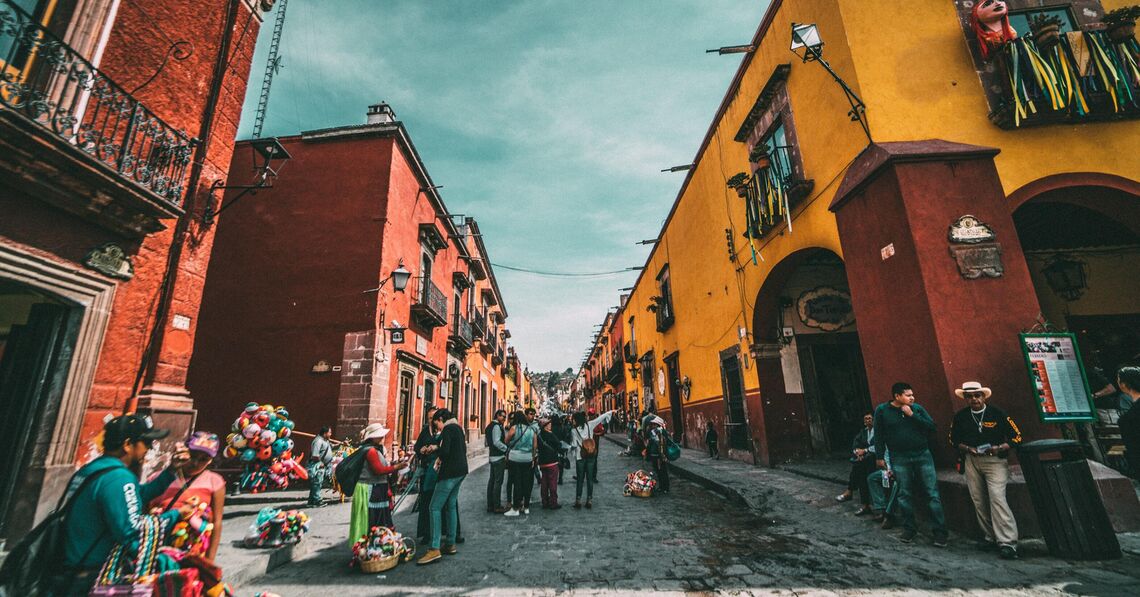 How to Choose a Spanish Course Abroad

What Countries use Voseo?